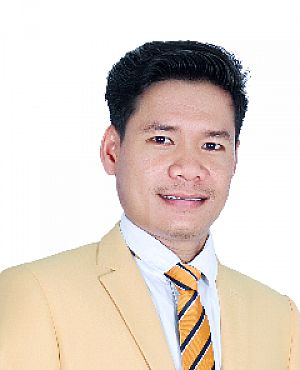 Explore the area in Pailin

Pailin Province is beautifully described as a land of a gem, with a long famous folks tale, this little province has just been created in 2001. The town is yet left with a dark past, as it was once occupied by the Khmer Rouge. Back then, plenty of diamonds was mined in that region, generating significant revenue during the Regime. Nowadays, although under-serviced, Pailin remains wonder worth traveling for. The province occupies only 803 square kilometers, with 72,971 people settling in the region.

Gems from Pailin used to be one of the most sought-after in Southeast Asia. However, with the invasion of the Khmer Rouge decades ago, these precious stones are about to be emptied, and no longer a primary source of provincial revenues. Unlike other provinces, Pailin’s soild is not so decent for the growth of common crops like rice. Still, it enables the locals to shift their focus to non-traditional crops like sesame, soya, corn and more. In 2004, of those crops, corn from this tiny province was rated as the second-highest production in the country, according to Cambodia community day.

If you are on your way to Pailin, better prepare for the unexpected. Gazing through the window, you will sense the differences from the developed neighbors like Siem Reap and Thailand. Pailin may be smaller, but it's greener, chiller and cooler, which serves as a feast to your eyes. However, despite a few visits, a range of adventurous zones host heart-warming outdoor activities for those who really need an escape from all the fast-growing places. This half-wild setting is going to be your most exhilarating countryside excursion and the road trip of a lifetime.

In spite of its distance from the capital, you can feel the social difference through a day in the life of Pailin residents. You can access bus stations, police stations, Internet cafes, which take you only a few minutes of walk from the central-local market. This market makes for the province’s landmark and a hub for trades, business, and feasts. ATMs are available and so is wifi, explaining the dominance of high-end technology in Pailin, just like urban people do.

As not many bus routes are available from the capital straight to Pailin, tourists are recommended to check out the Battambang bus itinerary. It is because departures from this nearby province are the most convenient way to reach the land of gems.  Making your trip from Thailand is also one possible alternative as the province is only 19 kilometers away from the border. Yet, it is located about 83 kilometers far from Battambang. Many taxis and minibusses come with a range of different price tags running between Pailin, Battambang, and Thailand. These means facilitate the cross-border traffic between the two countries, mainly for trade and work, according to Tourism Cambodia.