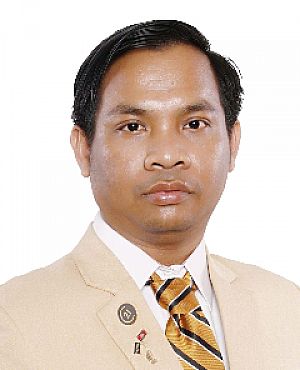 Explore the area in Kratie

Roughly known as a remote and little-visited destination, Kratie is the potential for tourist attraction for the availability of waterfront and habitat to Irrawaddy dolphins. This province resides Northeast of Cambodia which occupies 11,094 square kilometers of land with 389,793 inhabitants, accounting for 2.5% of the national population, according to Population Project Cambodia.

Kratie Province is bordered with Mondul Kiri to the East, Kampong Thom to the West, Kampong Cham to the South and Steung Treng to the North. The province is subdivided into 5 Districts and 1 City, which are further subdivided into 42 Communes (Khum), 5 Sangkats and 258 Villages (Phum).

Like Kampong Cham, Kratie is abundant in red soil, thick forests, grass, and water resources. Especially located in the plateau, these resources are suitable for agro-industrial plantations such as rubber, paper, and cashew nuts. Plus, the region allows the agricultural sector to perform at its best with rice, corn, bean and more. In addition, investment opportunities range from tourism, agro-industry to hydropower plants, according to Open Development Mekong.

The majestic Mekong River passes through Kratie, home to a sweet rare species, water Irrawaddy dolphins. They thus become the main tourist attraction in the area. The calmness remains in town, resulting from very few tourist traces, embossed with surrounding views of sandbars and a big island out front. The war left behind a few eye-catching French architectures, adding uniqueness and an unfamiliar sight to Kratie, according to tourism Cambodia.

You may enjoy the silence and daily life in this remote town. The beautiful boulevard and the river scene gather people to come for its exquisite sunset, typically favorable for jogs and strolls. This riverside is found to be crowded with numerous snack and drink stands in the evening. On the other side, you can visualize how the people earn their livings, through the endless sight of rice fields, crops, and rubber plantations.

The trip to Kratie is roughly 8 hours by bus or regular car, from Phnom Penh. The province can be reached from different parts and neighboring provinces of the country. Currently, buss, minivans, and taxi cars are the main means of transport. Boats or cruises were closed down as the roads are in better condition for all travelers. The price starts from 8 dollars or more, depending on your budget, according to Travelfish.