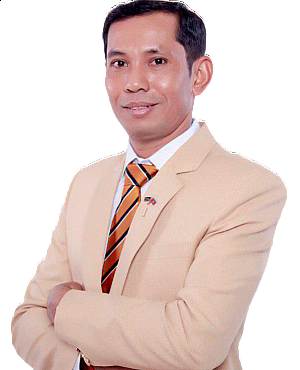 Explore the area in Kandal

Mostly confused as the central part of Cambodia, Kandal is a province known as the nearest and very accessible from the capital. With Ta Khmau as its provincial town, the province completely surrounds Phnom Penh itself. Bordering many provinces, it features multiple link highways in good conditions. It occupies 3,211 square kilometers with a population of 8.1% of the whole country, according to Cambodia economic census 2011.
Kandal Province is bordered with Prey Veng to the East, Kampong Speu to the West, Takeo and Vietnam to the South, and Kampong Chhnang and Kampong Cham to the North. The province is subdivided into 10 Districts and 1 City, which are further subdivided into 117 Communes (Khum), 10 Sangkats and 1010 Villages (Phum).
Trade
Kandal becomes a potential area, thanks to its widespread connection with 12 national roads and links between major business hubs and the capital. Despite adequate infrastructure development, this province also gifted with the fertile land that allows a flourishing growth of a few types of crops like rice, mango, bean, corn and more. Additionally, having access to water resources is also a special feature to attract more investments, according to cambodiainvestment.gov.
Tourism
The number one place to visit is Oudong, 40 km far from Phnom Penh, a historical hill that used to constitute Cambodia’s ancient capital. Tourists can enjoy the hill-top view and get to learn about the history of this sacred site. Recently, Kean Svay Krau Pagoda and Phnom Prasith Hill have offered quality time to weekend holidayers. Remember also to visit traditional weaving houses in Koh Dach, where people get to see the process of how Krama is weaved from scratch till sales on the store. On this relaxing island, you can purchase a variety of handmade scarf and Krama and eventually, help support the community, according to ToursimCambodia.org.
Lifestyle
To some extent, Kandal boasts two sides of its own greatness, the provincial orbit to the Phnom Penh with fancy buildings, modern infrastructure, and well-developed facilities. On the one hand, people can enjoy parks and markets in their leisure time or just to hang out in the evening. On the other, this province’s countryside hides impeccable natural resorts, mountains, forests, and rural views. Highways are ideal for leisure lovers to go for a drive with little traffic. Generally, Cambodian people living in the central area with such facilities are believed to be business people while those on gifted land are professional farmers.
Transportation
Your means of transport to Kandal depends on the distance you choose to travel and the type of vehicle you prefer. Since Kandal is just next to the capital, linked with 12 national roads, you can name countless buses, taxi cars, vans, minivans driving past every hour, for you to drop off at your preferred destination. However, you can only get off on the highways as those transportations will not take you to any off-road resort that you may prefer. Kandal and its remote resorts can be reached by either motorbike or tuk-tuk. Those who wish to spend time exploring and relaxing at those resorts may preferably rent or use private transportation.
Read more