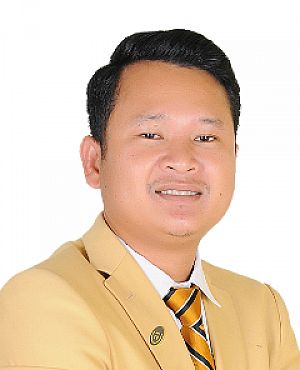 Explore the area in Kampot

Kampot Province (ខេត្តកំពត), a signature to enjoy the riverside and local countryside setting are located Southwest of Cambodia. This province sits were mountains and a river meet to display its most attractive and beautiful landscape. It occupies 4,873 square kilometers of the country and is home to two significant mountains: Bokor National Park and Grand Elephant mountain. The whole population is estimated at 633,671, which accounts for 4.0 % of Cambodia’s total count, according to the population project for Cambodia.

Kampot Province is bordered with Takeo to the East, Koh Kong and Preah Sihanoukville to the West, Kep and Vietname to the South, and Kampong Speu to the North. The province is subdivided into 7 Districts and 1 City, which are further subdivided into 88 Communes (Khum), 5 Sangkats and 488 Villages (Phum).

For decades, Kampot has been well known not only for its beautiful landscape, but for its crops such as durians, pepper, and mangos. While the river and mountains become the most visited sites for tourists, Kampot’s pepper has been added to the elite group of food names, under EU protection in 2016. It means that this product also has been exported to European and global markets, which brings about a lot of benefits to the locals.

With its wonderful nature, Kampot has become a focus of tourism. Bokor National Park has attracted regular local and foreign visitors, with its historical and natural attractions. Bungalows and tents are created with newly established activities at the waterside. What to never miss is, to drive up to the mount, kayak down the river, enjoy a sunset cruise, dine out by the river, visit a farm and act like locals, according to A guide to visiting Kampot.

Generally, people can reach Kampot and vice versa by bus, taxi, a van from different, yet common sources such as Sihanouk, Kep, the Vietnamese border and mainly Phnom Penh. Provincial tours come into such several means of transport as tuk-tuk or motorbike as well. Recently, traveling to Kampot has become even more special with the availability of regular trains connected from Phnom Penh, Kampot and Sihanouk provinces, according to canbypublication.