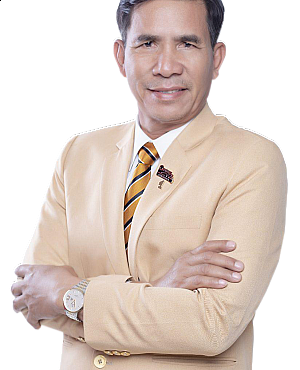 Explore the area in Battambang

Battambang is not a very looking-forwards-to touristic destination as the province has no beach nor exquisite natural resource to brag about. However, there are plenty of local top-visited sites to visit and things to do that compel tourists not to forget about Battambang. It is located in the northwestern part of the country and occupies 11,702 square kilometers of land. Yet, it is known as the second most populous, after the capital city. This province is known for its agricultural richness that makes it the heart of Cambodia’s rice bowl.
Battambang is bordered with Siem Reap and Boeung Tonle Sap to the East, Thailand to the West, Pursat Province to the South and Banteay Meanchey to the North. The province is subdivided into 13 Districts and 1 City, which are further subdivided into 92 Communes (Khum), 10 Sangkats and 810 Villages (Phum).
Trade
Battambang is not only home to several sites of interest, but also a land of crops and local produce. This province is described as very resourceful, for it feeds the country with its rice, fruits, vegetables, wine and so on. With its high productivity of crops and products, Battambang creates significant traffic of export to neighbor countries like Vietnam and Thailand and other countries in Asia/Europe.
Despite its available wide range of local crops and products, potential areas remain available for investment to fill in local and international demands. These demands are found in agricultural areas like rice farming or raising livestock, new technologies to facilitate the crop farming process. On top of this, the tourism sector appears to be another development target. According to a Khmer Time report in 2017, Battambang has the investment potential to not be neglected, due to its vast population and developed infrastructure.
Tourism
Battambang is synonymous with a rich history and exquisite views. Its inhabitants have been influenced by Thai economy and culture. It once served as an active Khmer Rouge stronghold, with its provincial town, featuring a French colonial architecture. This colonial heritage draws considerable attention from visitors, according to tourist Cambodia. Battambang is still working its way to reach the goal as a second tourist destination after Siem reap. With many options of visits, tourists can choose to see temples, mountains, floating villages, farms and nature, attractive infrastructure and the old town. As reported in Khmer time 2017, the tourism sector in Battambang earns $3 billion for the country, from many jobs created for the locals. Bamboo trains were the main local attraction. But, as the government is developing its infrastructures, it has become a challenge to try it.
The province counts about 50 hotels, including four- to five-star hotels, and guest houses available for different types of tourists, with genuine hospitality.
Transportation
There are two domestic ways to reach Battambang, on-road and by boat. It is very easy to reach Battambang by road as the following many options can be considered: taxi cars, buses, VIP cars or vans with many preferable departure schedules. It is located 292 kilometers far from Phnom Penh, which might take around 5 to 6 hours on the road. The visitors can also take a round trip from Siem Reap to Battambang and vice versa by three options: boat, taxi, bus, for 77 km only. Yet, the boat is the longest trip taking 8 to 10 hours, depending on the weather, according to Move to Cambodia site.
In the province, tourists can rent a motorbike, a Tuk-Tuk, a bicycle, and the prices are based on the duration and types of vehicles.
Read more