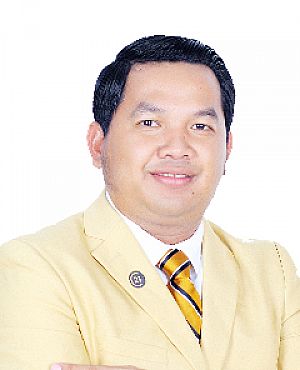 Explore the area in Mondul Kiri

Two neighboring provinces, Ratanakiri and Mondulkiri mostly confuse people with their greatness and familiarity with both their geographical landscapes and names. Anyway, Mondulkiri is the largest province in the country, yet sparsely populated, with the coldest weather of all. Situated Northeast of the country, and bordering Vietnam, this province occupies 14,288 square kilometers and is considered the most remote area, 375 km away from the capital, according to the Cambodian community. Its small population of 86,124, accounts for 0.5% of the whole nation only.

The major economic sectors remain agriculture and agro-industry, followed by mining and eco-tourism. The Vietnam border is believed to be gifted for the current and future trade. Plus, the actively performed of the four bilateral border checkpoints make the investment and business even more convenient for the two nations, according to Cambodia investment. Furthermore, coffee bean plantation makes the nation proud of Mondulkiri, as tourists can stop by the farm on their way to Bousra waterfall, and witness freshly planted coffee beans. Mondulkiri coffee is not only rich in taste and consumed by the locals, but also found in a few shops in Asia and the US, according to the Cambodia community day.

Its fame for deep forest habitats has pulled great attention from backpackers and dendrophiles from different parts of the world, to witness its beauty. The wonderful, coolest waterfall falls from the mountain’s unknown sources. Besides vast natural sites, tourists can spare some time to touring a few farms of coffee beans, strawberries, and fruits that can grow only in the cold weather. The long trip will pay off, thanks to the healing power of nature, according to Mondulkiri project.

This huge province brings about the taste of traditional life. The best time slot for such exploration and observation of the famous indigenous people in the local market hours. Market views of hill tribe people are worth strolling about in the daytime, as it gathers all the people together. There may be no much difference in the dressing style, but their practices and languages can be differentiated. They have their own dialects, which you cannot hear in other places, according to tourism Cambodia.

Commuting to Mondulkiri does not give you many choices as you wish, in terms of vehicle type, quality, and schedule. In most cases, minivan, taxi or minibus seats are available between 09:00 am to 03:00 pm, with the prices between 11 to 15 dollars. The trip may take up to 10 hours depending on the traffic, unfortunately, with no other option. However, you can choose your departure points, one of which can be from the Vietnamese territory.