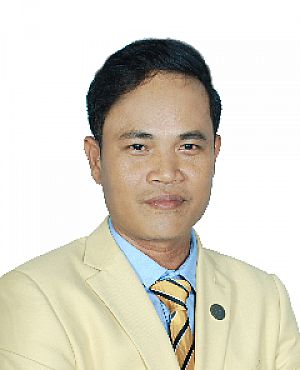 Explore the area in Kampong Thom

Known as one of the earliest capitals of Cambodia, Chenla Kingdom, Kampong Thom province is situated in the central part of the country. Crossed by the National Road 6, the province serves as the biggest stop between Phnom Penh and Siem Reap. It is not very well-known as a tourist destination, for its peace, pleasant landscapes and restful diversion for short-timed vacationers. The inhabitants amount to 691,803, accounting for 4.4% of the national population, according to the population project Cambodia.

Kampong Thom Province is bordered with Kratie and Steung Treng to the East, Siem Reap and Boeung Tonle Sap to the West, Kampong Cham and Kampong Chhnang to the South, and Preah Vihea to the North. The province is subdivided into 8 Districts and 1 City, which are further subdivided into 73 Communes (Khum), 8 Sangkats and 765 Villages (Phum).

Kampong Thom is divided into two parts: plateau and plain area, connected to the Lower Mekong, enabling decent growing conditions of agriculture. With fertile land and abundant water supply available, cashew nuts, peanuts, and rubber can be planted in a healthy condition. Gold, iron, and sand are also found as mines on hand, according to Kampong Thom Province

Besides its fame for a favorable geographic area, this province appeals to a wide range of tourists, for its rich historical sites from the Pre-Angkorian era, reported in Tourismcambodia.org. It was central to the Land Chenla and Water Chenla, and Sombor Prey Kuk was the Khmer Empire’s capital for centuries. And the temple complex has now turned into wrecked structures of remaining rocks, somehow leading to tourists’ curiosity.

In Kampong Thom, you still cannot find any modern shopping center or a big local market. But its historical sites are famous for its relatively unusual look. Souvenir shops are centered around Sambo Prey Kuk and Santuk Mount, mainly targeted by tourists, reported in Travelfish.org.

Reported by tourismcambodia.com, Kampong Thom people perform such different careers as farmers, fishermen, traders, and government officers. Lack of fancy places in town makes its locals less compelled to go out for fun at night or on weekends. With aquaculture as its gift, the province can be exploited with fisheries, rice farming and most importantly, cashew nuts. These rural activities reflect everyday life, in this central part of the Kingdom, as described in Wikitravel.

Transportation to Kampong Thom is never an issue for all types of travelers. Vehicles come in all sorts of sizes, types, and classes. These may vary in prices, but it depends on what type of traveler you are and what budget you’re willing to cover. In the provincial town, bicycles and motorbikes are available for your rental, in several guest houses and hotels, if you wish to wander around and about.