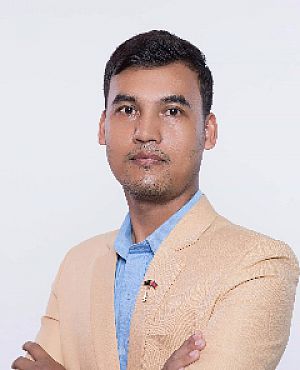 Explore the area in Kampong Cham

Kampong Cham was the third-largest city in Cambodia, with its city of the same name. A great area of history and trading, this province resides along the Mekong River. People seem to just pass by Kampong Cham, to reach other destinations. It is fairly true that this province features many link roads with other main cities and points. It consists of 17 districts, 173 communes, and 1,753 villages, with the population, making up 12.5 % of the whole Cambodia population, as stated in the provincial report 2011.

Kampong Cham Province is bordered with Vietnam to the East, Kampong Chhang to the West, Prey Veng, and Kandal to the South and Kampong Thom and Kratie to the North. The province is subdivided into 9 Districts and 1 City, which are further subdivided into 105 Communes (Khum), 4 Sangkats and 916 Villages (Phum).

The red soil covers most of Kampong Cham. With adequate water resources, it allows both local or foreign investors to dedicate their fortune to rubber plantations. Many kinds of fruits are also planted in the province such as lychees and longans, according to tourism in Cambodia. Like other provinces, its residents make their living by fishing, rice farming, and other agricultural activities. The potential sectors for investment opportunities include agriculture, agro-culture, and tourism, as stated in the council for the development.

Without massive tourism investments, Kampong Cham has yet to see modern architectures. But its natural resources, charm and rural vibes make the town itself attractive. Its bustling morning, along the Mekong River and the beautiful highway with the Riverview look admirable among tourists, as reported in Tourism Cambodia. The historical legacies can be spotted, if the tourists wander around, including both the wrecked temples from the Angkorian era and the architectural style from the French colonial period. More activities are yet to explore in this silent, yet leisurely, growing town, according to Lonely Planet

Traveling to Kampong Cham is not to worry about, thanks to its famous link road with major provinces and its accessibility by the highway. Your choices of transportation come with bus, van, or shared taxi. Also, you can choose to take a boat through Tonle Sap, from Phnom Penh to the provincial port of Kampong Cham, according to Transport by tourism Cambodia. Vehicles to select by tourists wishing to wander around town including bikes and motorbikes. Rentals are available just like other tourist booming areas.